When it was evening on that day, the first day of the week, and the doors of the house where the disciples had met were locked for fear of the Jews [the leaders who handed Jesus over to the Romans] , Jesus came and stood among them and said, “Peace be with you.” (John 20:19)

After Jesus was crucified, his disciples were in hiding, afraid of what might happen next. If Jesus, their beloved rabbi and leader, the one with all those miraculous spiritual powers, had been tortured and killed, it could happen to them.

I imagine they were confused, crushed with disappointment, and experiencing the intense emotions of grieving. How could this happen? All those miracles, their belief in Jesus as the Messiah, the Anointed one of God–all that goodness destroyed by the Romans who put him to death! And their own religious leaders, who had also condemned Jesus of blasphemy. Would they also turn on Jesus’ disciples?

Surely they had feelings of remorse and guilt. After all, they had run away when their friend needed them most. They had given in to fear, even though their Lord had told them repeatedly, “Do not be afraid.” What kind of followers were they, insisting to Jesus’ face that they would stand by him, even to the death, and then, instead, immediately fleeing when the going got tough? Peter, “first among equals” or the “prime” apostle, even lied when questioned about his association with Jesus.

When the Risen Lord appears to this disloyal group for the first time after his death, what does he say? If he were a married person, talking to his or her spouse, he might have said, “Told you so! I knew you would leave me when things got rough.”

If Jesus were a politician, he might have fired the disciples from their managerial posts. If Jesus were like certain religious leaders, he might have assigned the apostles a penance, banned them from teaching, or withheld communion. After all, most the apostles abandoned Jesus after he was arrested. (We only hear of John, Jesus’ mother, and other women followers standing by Jesus as he suffered on the cross.)

But the Lord Jesus is not like us sinners. He is not self-centered or self-righteous. In relationships, Jesus does not grab at power over others. He has no need to be a superstar, dictator, or spiritual bully.

When he reappears to them after his death, the first words Jesus says to them are “Peace be with you.” This peace is the inner peace that only God can give. It is not a peace based on owning a lot of material possessions, being wealthy, having a sexy appearance, belonging to the winning political group, or even forming the perfect liturgical translation. Christ’s peace is a gift of the Spirit, given freely with love.

The peace that Christ is offered them–and offers us–is not only peace within each soul, but also peace among people, creating spiritual networks of loving relationships. The Greek word in this passage of John’s gospel is not merely about the absence of disturbance or conflict. It is a word that probably is from the root word that means “to join.” Christ desires that we be joined together in relationships of love. The peace Christ wants is one of harmony among people, which is what he prayed for just prior to his death, that all may be one, not one in physical appearance, worship style, culture, or dogma, but one in the Spirit, one in the Lord. 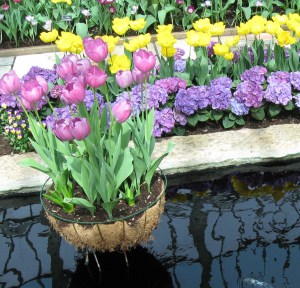 When Christ wishes the disciples peace, he is offering it to them without strings  attached. The Risen Lord loves all people, sinners or so-called religious. If we would be his followers, we must do the same.

Until next time, Amen!

Note: Many thanks to my hubby, Terry McCarty, for the photographs in this post. He took them this past month at the Como Park Conservatory in Saint Paul, Minnesota. Copyright 2011, Terry McCarty. All rights reserved.

Like Loading...
“And you kill what you fear
And you fear what you  don’t understand”
–Lyrics from “Duke’s Travels” by Genesis
“Take courage, it is I, do not be afraid!”
–Words of Jesus in Mark 6:50 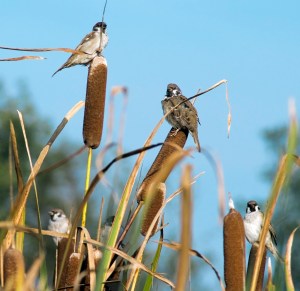 Have you ever noticed how fear permeates our society like a kind of illness? Although it is part of the human condition to have to deal with a certain amount of tension, it seems to me that the overall anxiety level of our culture has escalated in the past decade.

While humans have always had to deal with fear, Americans are bombarded with negative, anxiety-producing messages every day, thanks to the many forms of modern communication. Advertisers play on our underlying nervousness about becoming old, infirm, weak, or ugly. Politicians stoke our fears in order to gain votes. Religious preachers speak of a terrifying time they call Armageddon (Is this supposed to make me want to join their church?), while environmentalists warn about catastrophe caused by global warming.

It’s not that we shouldn’t be concerned about issues of our day or things that touch our lives in big and small ways. However, I am concerned that too many decisions are made out of raw fear and too many of us are stuck in a fear-based lifestyle.

I’m not immune to the effects of all the negative messages that surround us and infect us with anxiety. In fact, it is because of my own fears that I am exploring this problem here on the Spiritual Drawing Board.

As part of the human condition, fear has its place. When you see a runaway semi-trailer headed your way, fear can make you swerve to avoid collision. “Fear of God” (healthy respect) can motivate a person to change his or her life for the better. Feeling an intuitive fear in an unusual situation sometimes warns us of real danger.

But—and here’s the big question—how does one reconcile all this anxiety, fear-centeredness, and fear-mongering with the words Jesus said repeatedly, “Be not afraid”? So many people in our country say they believe in Christ, claim to follow his teachings, and even want to call America a “Christian nation” (something that makes me uncomfortable), while at the same time acting fearful about all sorts of dangers, real and imagined, creating scary scenarios, and spreading ideas that only serve to increase fear.

However, is this how the real Jesus of Nazareth would want us to live? As slaves to fear? Jesus himself experienced a kind of fear or agony in the garden just prior to his arrest and death on the cross, but he did not let that anxiety stop him from accomplishing God’s plan for his life. Jesus trusted God, his Abba (Father/Daddy) completely. This trust was not the belief that nothing bad would ever happen, but rather that God was always with him, through both the good times and the bad times.

In the gospels, Jesus tells people again and again not to be afraid—and these people he spoke with had a good deal more to be afraid of than the average American of today. Most of his listeners did not have the abundance of possessions that most of us have, they did not have credit cards, life insurance, or the advanced health care we have today. Most of Jesus’ friends would not have been considered full-fledged citizens (his early followers were Middle Eastern Jews living under Roman rule). In fact, in the years that followed Jesus’ death, some of them would give their own lives for following Christ—and yet, Jesus told them don’t be afraid.

As the year 2011 continues to unfold, there are many challenges ahead. Jesus did not promise us we would never suffer, but rather that he would be with us in our suffering. The Divine Spirit is with us in the depths of our hearts. Christ is with us when we gather together for worship, Word, and Sacrament. When we are attentive to God’s presence, we hear not the voice of fear and darkness, but rather the still, tender voice of the Holy Spirit.

“Do not fear those who kill the body but cannot kill the soul; rather fear him who can destroy both soul and body in hell. Are not two sparrows sold for a penny? Yet not one of them will fall to the ground apart from your Father. And even the hairs on your head are all counted. So do not be afraid; you are of more value than many sparrows.”     –Jesus in Matthew 10:28-31.

Note: The sparrow images in this post are segments of an image by photographer Marek Kosmal (Pixelman) from Knurów, Poland and obtained through a free-use agreement with Dreamstime. To view the original photo, follow this link: http://www.dreamstime.com/free-stock-photo-sparrows-rimagefree1279766-resi1238037    .  Many thanks, Pixelman!

RSS feed for Spiritual Drawing Board